Valentia come from Latin language which means the brave, it describes the persons who face difficulties or danger with courage. BIOVALENTIA means the brave living. Chemically, valentia had been used for valence; it describes how easily an atom can combine with others, which is determined based on the number of electrons added, lost or share if it reacts with other atoms.

BIOVALENTIA: Biological Research Journal has been publised since November 2015. It has been accredited by Ministry of Research, Technology, and Higher Education of Republic Indonesia, number 10/E/KPT/2019 for the third category (Sinta 3) until Vol. 9 No. 1, 2023, Google Scholar since 2016, DOI Crossref since 2017, DOAJ with green thick since 16 August 2017, Garuda since 2017, Indonesia One Search by Perpusnas since 2018. The other indexing are on ISJD, OCLC WordlCat, Base, and other indexing sites.

Start on Section Vol 5 No 1 May 2019, the authors of BIOVALENTIA: Biological Research Journal should read the Author Fees in About Journal. 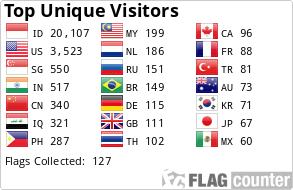